When Joel and I were five and seven years old, you could often hear nested in our conversation “When we go to Cornell this…” and “When we are at Cornell that…”  For two young bird nerds, it wasn't the oddest thing to say.  Cornell University and its Cornell Lab of Ornithology in Ithaca, New York, are legendary institutions in the birding community, as the university offers an excellent ornithology program, and the world renown lab is the hub of important avian research and citizen science projects.  At one point, somebody popped our bubble by informing us that there was tuition involved in our grand scheme.  I tried to break it lightly to Joel . . .  “Joel, we’re not going to Cornell; we can’t afford it.”  After I had caught wind that there were things called "scholarships," I went back to Joel and told him . . . "Hey Joel, we're going to Cornell after all; we're going for free."  As I head into my junior year of high school this fall, college seeking has become more necessary and daunting than when I was seven.  Birds still consume my everyday life and aspirations, and thus Cornell still looms on my list of post-high school possibilities.  So when the opportunity presented itself to visit, I jumped on it.  Back in April I heard that I was one of the ten lucky teens accepted to the annual Cornell Young Birder Event.  I booked my tickets to Ithaca and settled in to wait. 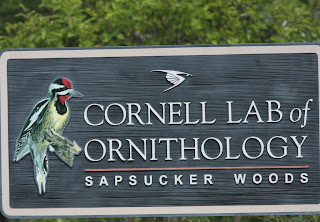 The day of departure finally came, with the accompanying sleep-deprivation and stress of flying from the Mountain West to a minor East Coast airport.  Foreseeing difficulties, I fortunately had scheduled to arrive a day early.  After surviving a 3 AM alarm clock, a series of delayed departures, reroutings, and multiple cancelled flights, I finally managed to get the last seat of the day to Binghamton, another small airport 40 minutes southeast of Ithaca.  This also happened to be the last flight to anywhere near Ithaca until the next afternoon, so I was extremely grateful.  Chris Wood and Tom Johnson obligingly picked me up at close to 11 o’clock PM.  In true extreme birder form, we made a stop on the way back to Ithaca for a try at American Woodcocks (which were silent, but a calling Great Horned Owl furnished the first species on my brand-new New York state list).  Just before midnight, three whinnying Eastern Screech-Owls in Chris and Jessie’s backyard furnished #2.

Before the immanent arrivals of the other teen birders the following afternoon, Jessie Barry, Chris Wood, and I joined Andy Johnson (of Tropicbirds fame, now a junior at Cornell) to do the grocery shopping.  This ordeal quickly turned hilarious as Andy and I re-cracked old inside jokes about dried mangos, beef jerky, and pop-tarts, argued about the best cereals, ardently discussed how only real men eat crunchy peanut butter, and jokingly bemoaned shopping for people with dietary limitations.  After collecting Ethan Gyllenhaal at the airport and Eamon Corbett at the bus stop, our trio of YB's birded around Sapsucker Woods.  The eastern birds, such as Northern Cardinals, Great Crested Flycatchers, and Rose-breasted Grosbeaks, were as exciting as ever for this westerner.  The remaining seven arrived, and we shuffled inside the auditorium to listen to an inspiring kick-start talk by Lab director John Fitzpatrick on how birds can save the world.  The day wrapped up with a quick lab tour, barbeque dinner, and a discussion with Andrew Farnsworth on nocturnal migration and flight calls before we turned in for the night.

Our first full day (the 20th) started off with an audio and video recording workshop at Myers Point on the shore of Cayuga Lake.  We tried our hands at video taping nearby Least Sandpipers, Killdeer, Belted Kingfishers, and Caspian Terns with DSLR cameras and the “Big Bertha” HD movie camera rig.  In between the fickle rain showers, attempts were made at collecting audio recordings of Purple Martins, European Starlings, Song Sparrows, and Warbling Vireos with an awesome parabolic microphone set-up (Joel, be jealous). 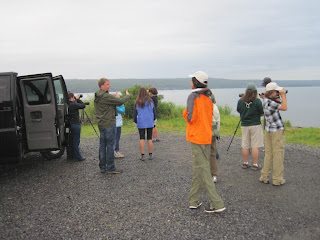 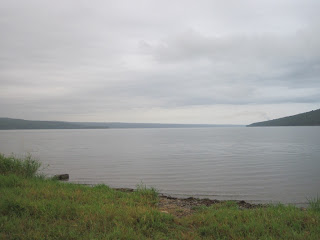 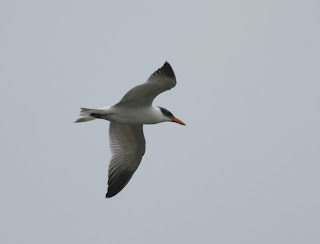 
Birding Hammond Hill was a change of pace as we walked through this stereotypical wet deciduous forest of the northeast.  Veery called out eerily from the shadows, and Blue-headed and Red-eyed Vireos sang from the canopies.  We finally found our main target for this spot, singing away, invisible, from just a few feet off the trail in the undergrowth.  We finally managed to coax it halfway out into the open, my lifer Mourning Warbler.  We also had Canada, Black-throated Blue, and Magnolia Warblers plus Yellow-bellied Sapsuckers at this productive spot. 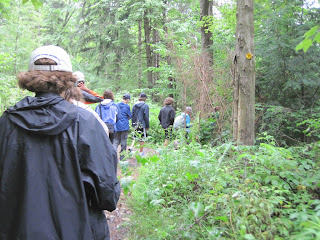 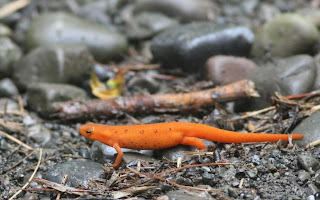 After lunch, we were back at the lab editing some of our fresh sound recordings, and listened to a series of informative, inspiring, and thought-provoking talks by director John Fitzpatrick, taxonomic specialist Tom Schulenberg (also author of the Birds of Peru), director Steve Kelling, undergraduate Andy Johnson, ex-undergrad Tom Johnson, professor David Winkler, and graduate student Nate Senner.  Post dinner, we descended into the ornithological collection for Irby Lovette’s Night at the Museum.  We toured through the specimen prep room, the ichthyology and herpetology collections, and attempted to complete a puzzle of warbler phylogeny before Irby turned us loose in the bird collection.  We perused drawers full of motmots, birds-of-paradise, South American tanagers, and loads of other exotic specimens.  We even got to look into the drawer of extinct and critically endangered species, even holding an Ivory-billed Woodpecker specimen!  All were loath to leave when the time finally came, with so many cabinets still left unexplored. 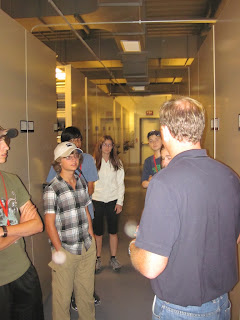 Irby's Night at the Museum 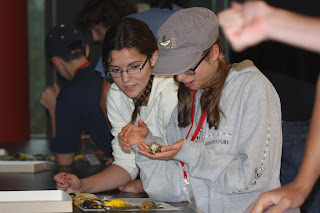 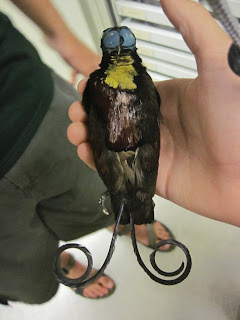 Wilson's Bird-of-paradise (and yes, their tails are actually like that) 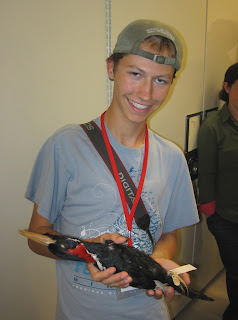 Yours truly holding an Ivory-billed Woodpecker 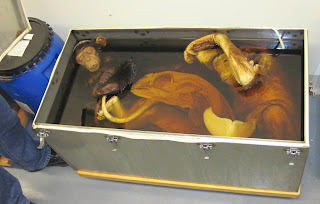 The random stuff one can find in a museum collection... 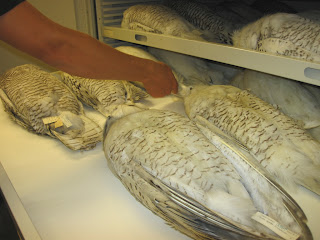 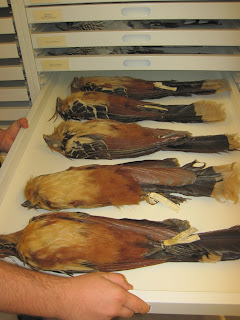 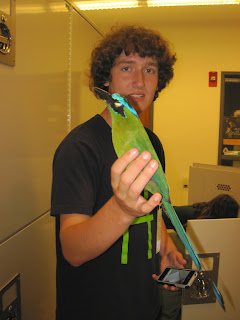 The following morning, we arose and groggily departed for a full day of birding on the far northern end of the Cayuga Lake basin (Ithaca is in the south).  Seneca Meadows held lots of different species, with Bobolink and Savannah Sparrow song rolling across the grasses.  We also saw Dickcissel, Wood Ducks, and a Yellow-throated Vireo.  Montezuma National Wildlife Refuge’s Topath Road was extremely productive, with tons of shore birds, heron, and ducks.  We saw three individuals from the locally re-established Trumpeter Swan population, plus no less than four Least Bitterns, which was incredible.  A one-eyed Great Horned Owl roosting in a roadside tree was quickly named Nick Fury (if you’ve seen the Avengers, you’ll understand).  Throughout the morning, we birded many other locations in the vast Montezuma NWR, seeing such birds as Solitary Sandpiper, Black Tern, and Swamp Sparrow.  On Armitage Road in Wayne County, we were fortunate enough to hear a distant Cerulean Warbler and see a young Ruby-throated Hummingbird on a nest.  Later that night, we were treated to an inspiring talk by Matt Young on Red Crossbill identification and taxonomy.  Chris Wood ran an eBird tutorial, and Jessie Barry discussed her project, Merlin, an in development online bird identification program. 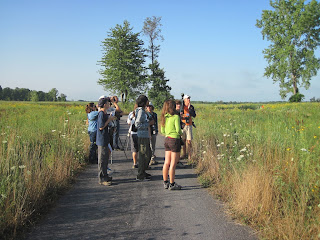 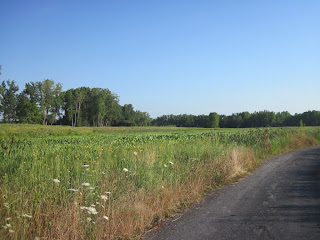 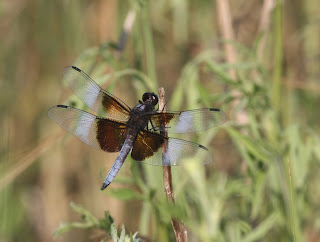 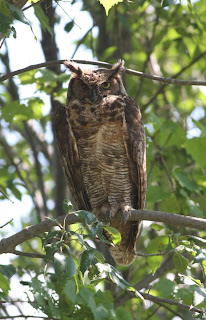 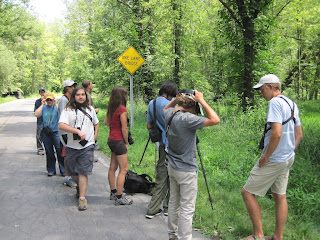 Our final morning was spent at the Roy H. Park Preserve, which was the most avian diverse location we birded.  We saw 68 species, including Black-billed and Yellow-billed Cuckoos (the former being my second and final lifer of the trip), Pileated Woodpeckers, Field Sparrows, Alder Flycatchers, Chestnut-sided, Prairie, Black-throated Green, and Blue-winged Warblers, Ovenbirds, Scarlet Tanagers, and Barred Owls.  It was a truly memorable way to end my brief visit to New York.  A couple of short hours later, I was saying good-bye to all of my newly made friends (or old friends in a few cases).  As I had the last flight out, I had a few hours of hang time.  I occupied it by admiring some of Vanya Rohwer's brilliant bird nest photographs, which hopefully will be part of a book project someday.  Upon viewing some of Vanya's incredible American Woodcock images, Chris Wood was seized with more woodcock mania and Chris, Vanya, and I promptly departed to try our luck at a likely spot.  In reality, we would be extremely lucky and fortunate if we happened to stumble across one.  A mere handful of minutes later, we realized that I needed to be at the airport.  All of my flights home surprisingly went exactly as planned, and I considered myself extremely fortunate.  Maybe it was all of the luck that those woodcocks had withheld from me… 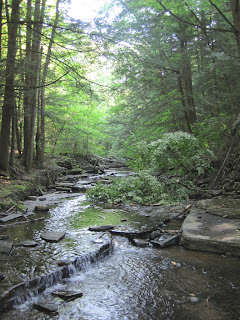 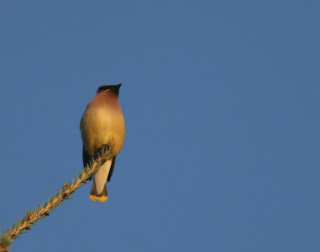 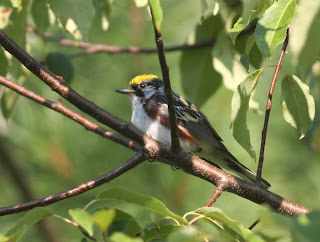 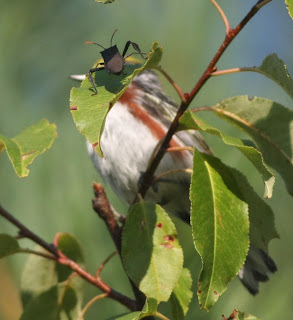 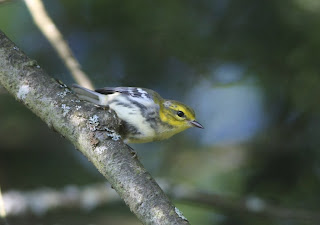 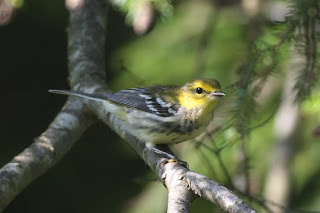 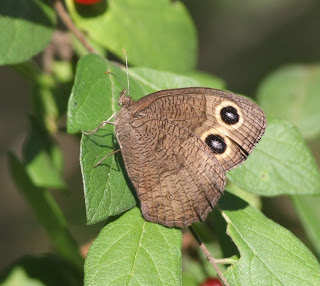 Common Wood-Nymph
--
Thanks to everybody at Cornell University who made this unique opportunity possible and to Zeiss Optics for its corporate sponsorship of the event.  Special thanks to Chris Wood and Jessie Barry for their above and beyond efforts to accommodate my travel schedule and to Nate Senner for putting up with our late night antics.
Posted by Marcel Such at 7:08 PM