The next day (June 19) was effectively a travel day from Petaluma to our Such family reunion in North Lake Tahoe.  The day's travels took us through California's famed wine-country, the Central Valley, and on up into the Sierra Nevada.  We only made a single birding stop along the four-hour drive, and that was at the Davis Wetlands just north of Davis.  A large network of marshland, our time at this great location was cut short by the entrance gate closing promptly at 1:00 PM.  But in the 35 minutes we did have, we managed to rack up 37 species, including 9 new species for the trip (Swainson’s Hawk, Black-crowned Night-Heron, Cattle Egret, White-faced Ibis, Cinnamon Teal, American Bittern, Ring-necked Pheasant, Black-necked Stilt, and Wilson’s Phalarope). 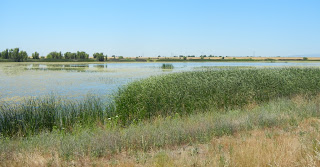 Though our time in Lake Tahoe was focused on family, our daily runs and the occasional hike got us out birding.  The home we stayed at was situated in a mature forest of sugar pine, ponderosa pine, and incense cedar, which hosted many of the typical California mountain species, such as Fox Sparrow, Mountain Chickadee, White-headed Woodpecker, Golden-crowned Kinglet, Western Tanager, Steller’s Jay, Evening Grosbeak, Dusky Flycatcher, Band-tailed Pigeon, “Audubon’s” Yellow-rumped Warblers, and Vaux’s Swift.  A quick two-mile hike to Emerald Bay State Park on the east shore was also productive (though we were without any optical assistance).  On another short, pleasant hike along the Truckee River we found Red Crossbill, Hermit Warbler, Red-breasted Sapsucker, Townsend’s Solitaire, and Brown Creeper. 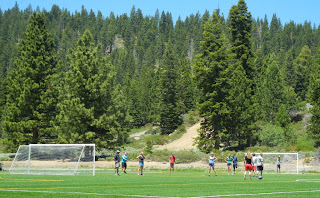 Soccer with the Family - by Renée Haip 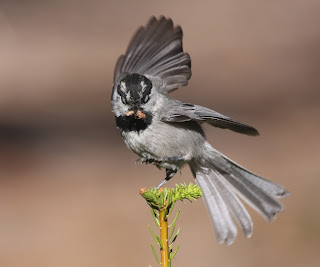 Mountain Chickadee carrying food to a nest cavity a mere foot off the ground. - by Joel Such 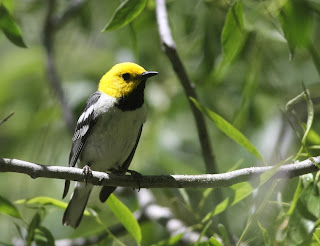 Hermit Warbler - by Marcel Such 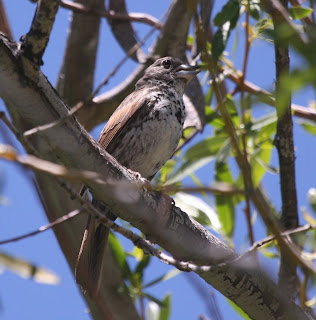 Fox Sparrow - by Joel Such

On departure day (June 22), we got up at 4:15 AM to watch the 5 AM start of the Western States 100 mile Endurance Race at the Squaw Valley Ski Resort and Olympic Training facility (Nearly 15 hours later, the winner would cross the finish line, smashing the old course record by more than 20 minutes.).  With it raining and being so early in the morning, not very many birds were out, but we did pick up our first Hammond’s Flycatcher of the trip.  Just down the highway on Alpine Meadows Road, the birding was decent, and we saw MacGillivray’s Warbler and Lincoln’s Sparrow, both of which were new for the trip.  We then began our journey south towards our next destination, Mono Lake and Yosemite, making few stops.  Car birding through El Dorado and Alpine Counties was still good though, as we saw Northern Rough-winged Swallows and Brewer’s Sparrows, and more Red Crossbills and MacGillivray’s Warblers. 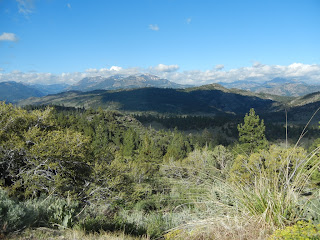 Alpine County View - by Renée Haip
--
Next blog post will be on Mono Lake!
Posted by Marcel Such at 4:38 PM

Awesome to see that you too are having a great time in California! Fantastic find with the Blackburnian and the Broad-tailed. As for the hummer, I think that's one of only a couple county records! How did you identify it without optics? Wing trill? Have a great time in Mono!

Hey, thanks man. As for the hummer, I have since decided it was just some kind of cricket trill, and obviously forgot to change that here. Thanks for the catch!

Ah, makes sense. I've claimed rare birds in the past due to their status in California :) (and if I recall correctly Broad-tails were pretty common in CO). Anyway, you may see one in Mono, where they are a scarce resident in a few canyons.