Three weeks ago today (June 11), we left Denver for an epic road trip, starting in Las Vegas, Nevada and encompassing a good chunk of the enormous and ecologically diverse state of California.  For 16 days, we traveled 4,017 miles exploring the hot and barren Mojave Desert, the beautiful and unique Channel Islands, the stunning coastline and chaparral-covered hills of Highway 1, the vineyards of the central valleys, and the extremely varied habitats of the Sierra Nevada range.

For the first part of the trip we transected the Mojave Desert from Las Vegas to the coast north of Los Angeles.  After a quick, early morning drive down Las Vegas Boulevard, or the famous Strip, for a “cultural experience,” we headed out to the Red Rocks National Conservation Area just west of the city.  Greeting us in the Visitor Center Parking Area were the sociable Cactus Wrens (the only ones we saw on the trip) and fleet-footed and shade-seeking White-tailed Antelope Squirrels.  The bird life was very thin, as it was already approaching the heat of the day, but at a stop at the Red Springs oasis we managed to draw out a few Violet-green Swallows, Black-throated Sparrows, Western Scrub-Jays, and an Ash-throated Flycatcher. 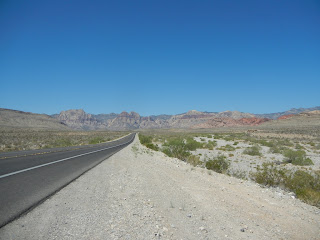 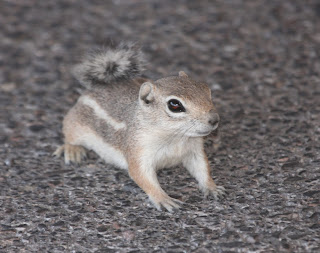 White-tailed Antelope Squirrel - by Joel Such 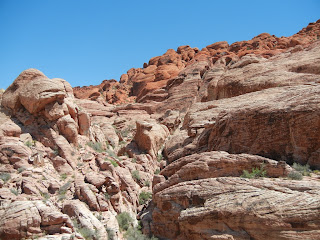 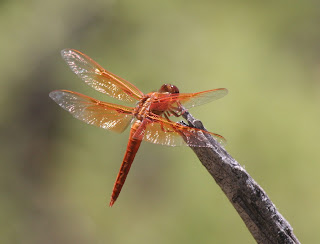 Flame Skimmer - by Joel Such 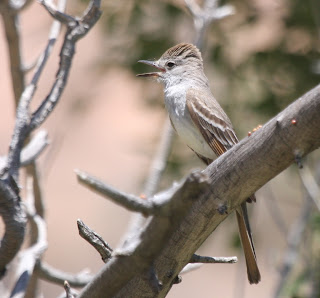 Ash-throated Flycatcher - by Joel Such


California’s vast Mojave National Preserve was our next destination.  Dominated by impressive Joshua Trees (Yucca brevifolia), which are actually an oversized and tree-like member of the Agave family, and the volcanically formed Cima Dome, this area is home to many regional specialties.  Driving the long, empty road to the towns of Cima and Kelso, we encountered numerous species, including Loggerhead Shrike, Say’s Phoebe, Ash-throated Flycatcher, Black-throated Sparrow, and a Red-tailed Hawk nest built high up in a Joshua Tree.  A brief stop at the Kelso Depot proved to be most fortunate, as it produced the most unexpected bird of our trip, an off-route adult male Blackburnian Warbler!  A late migrant Western Tanager was also a good find.  Driving back to I-15 on Kelbaker Road also produced better-than-normal views of a Bendire’s Thrasher perched in the top of some road-side shrubbery.  Upon an attempt at closer approach, however, it disappeared back into the undergrowth. 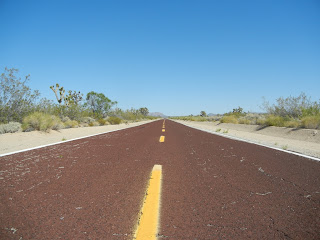 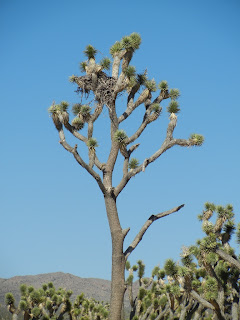 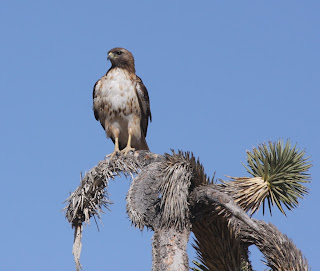 Red-tailed Hawk - by Joel Such 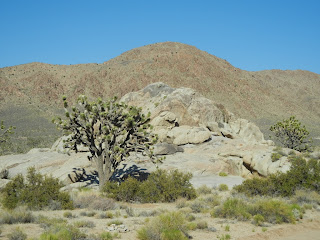 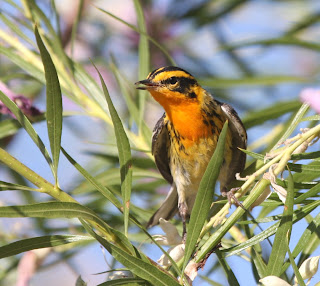 Blackburnian Warbler - by Joel Such 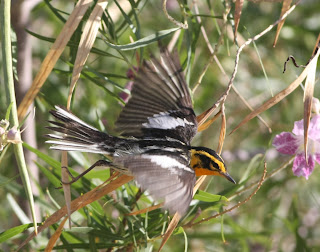 Blackburnian Warbler - by Marcel Such 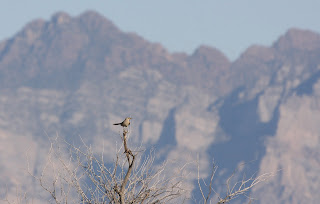 Bendire's Thrasher - by Joel Such

After spending the night at the $40 per night Stardust Inn along the historical Route 66 in Barstow, we got up early to check some local birding spots before leaving the Mojave for Ventura.  Just outside of town along a dry wash, I was gazing out the window when what I thought were quail caught my eye.  Stopping for a closer look, it turns out that they were actually Chukar!  Though an introduced species, it was still exciting to see this flock of seventeen, which was a lifer and which I have missed numerous times on the Western Slope of Colorado.  We also attempted to visit the enticing Mojave Narrows Regional Park in Victorville, but it was closed due to a multi-day “Huckleberry Finn Jubilee” bluegrass festival, and the $99 dollar per person entrance fee deterred us. 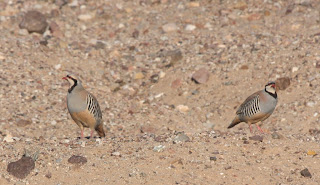 Chukar - by Joel Such

Click on any photo to bring up the photo gallery in a larger size.
--
Stay tuned for the second part of this series, which will cover Ventura County, the Santa Barbara Channel, and Santa Cruz Island!
Posted by Marcel Such at 5:18 PM