A Mecca for birders across the planet, world-famous Point Reyes National Seashore is one of the most avian diverse places in North America with an incredible 490 species recorded.  This can no doubt be attributed to its being located right in the middle of the Pacific flyway, and the exceptional habitat diversity that can be found in the area.  From Douglas-fir, to Bishop Pine, to native grassland, to cattail marsh, to beach, and finally to open ocean, this 71,028 acre preserve certainly merits more than the one day of exploration we allotted.

Our day on the point (June 18) started at the Bear Valley Visitor Center, where we did a short two-mile hike through the adjacent Douglas-fir forest before the visitor center opened.  The area was alive with 37 species, with representatives from both meadow and forest habitats. The nearby Great Blue Heron rookery was audibly apparent, and clutches of newborn families of California Quail scurried across the trail.  A flyover White-tailed Kite was our only one of the entire trip.  Other species that we saw include Wrentit, Swainson’s Thrush, Pacific-slope Flycatcher, Golden-crowned Kinglet, Pacific Wren, Allen’s Hummingbird, Western Bluebird, Nuttall’s Woodpecker, and Osprey. 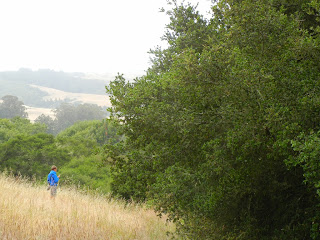 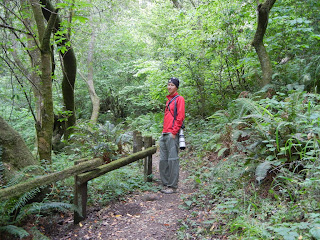 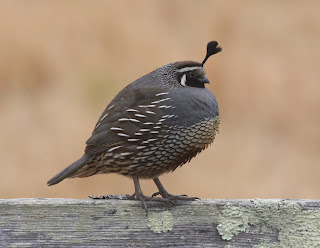 California Quail - by Joel Such 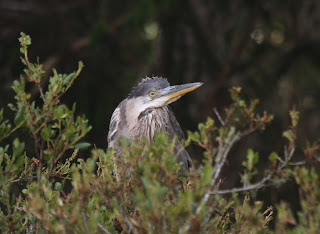 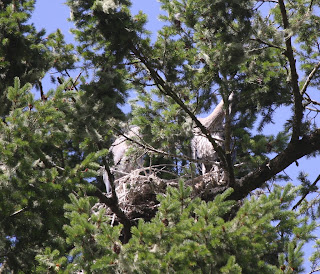 Great Blue Heron Nest with Young - by Joel Such 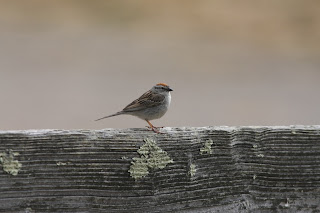 Chipping Sparrow - by Marcel Such 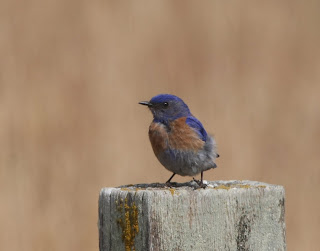 Western Bluebird - by Marcel  Such

On the drive to Limantour Beach, we found multiple Band-tailed Pigeons and Olive-sided Flycatchers.  At Limantour, the White-crowned Sparrows were singing their heads off and a lone Northern Harrier patrolled the marsh, where multiple Common Yellowthroats were calling.  A lone Savannah Sparrow of an odd California subspecies caused some confusion, but we finally figured out what it was.  Many Great Egrets and American White Pelicans roosted and hunted in the brackish backwaters of Estero de Limantour.  The surf birding on the beach was excellent, with numerous Surf Scoters right off shore, and two Red-throated Loons. 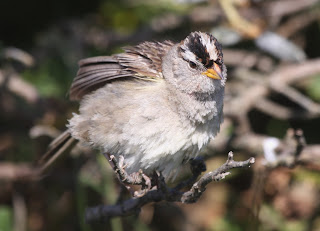 "Nuttall's" White-crowned Sparrow - by Joel Such 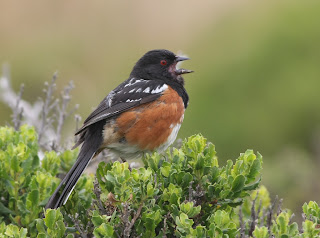 Spotted Towhee - by Marcel Such 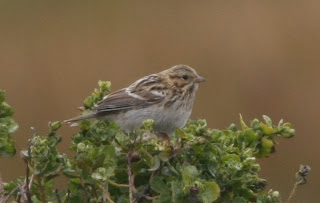 Savannah Sparrow - by Marcel Such 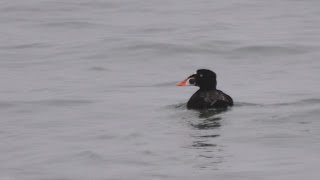 Surf Scoter - by Joel Such 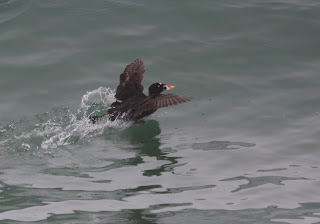 Surf Scoter - by Joel Such

Red-throated Loons - by Marcel Such 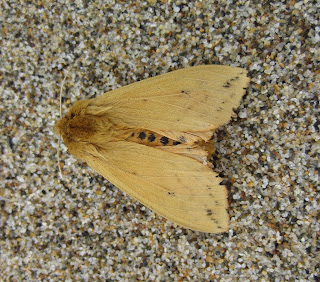 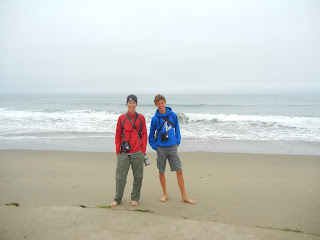 Five Brooks, a riparian area with a small, mucky pond surrounded by Douglas-fir, was another worthy stop.  Here we saw our first Wood Ducks and Pileated Woodpecker of the trip, as well as Allen’s Hummingbirds, California Towhee, Swainson’s Thrush, Wilson’s and Orange-crowned Warbler, Osprey, and Great Egret.  A brief visit to Palomarin on the extreme south end of the park, home of the Point Reyes Bird Observatory’s banding station, produced most of the usual suspects.  Though it was a non-banding day, one of PRBO’s interns generously spent some time with us discussing their work and showing us around. 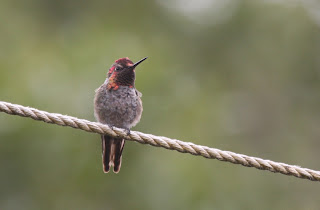 Anna's Hummingbird - by Joel Such 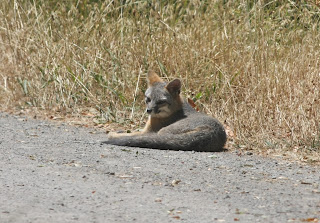 Gray Fox - by Marcel Such

Making the hour-long trek back out to the extreme tip of Point Reyes, we managed to make it to the Point Reyes Lighthouse just before it closed for the day.  Rewarding us for the descent of the multiple hundreds of extremely steep steps down to the lighthouse, rafts of Pigeon Guillemots in the hundreds, Common Murres, and distant spouting Gray Whales could be seen in the ocean below.  I even thought I may have seen a handful of Tufted Puffins, but unfortunately I had to leave them unidentified.  Our first Rock Wren of the trip was seen creeping around on the cliffs back up at the top of the seemingly endless stairs, and we watched the spouting of a pod of Gray Whales off in the distance.  Off to the north, as far as the eye could see, there are miles of unspoiled and un-peopled beach, and though it seemed to call our names for a barefoot long run, we were told it was prone to unpredictable and deadly sneaker waves.  Factoring those waves into the equation, we returned to the more protected Limantour Beach for an eight-mile evening barefoot run in the sand, a perfect end to our day. 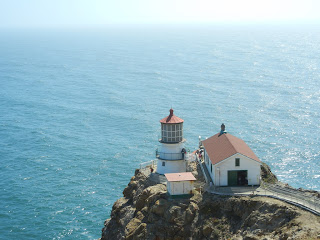 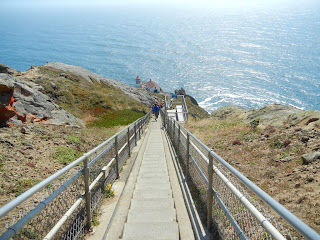 The Stairs - by Renée Haip 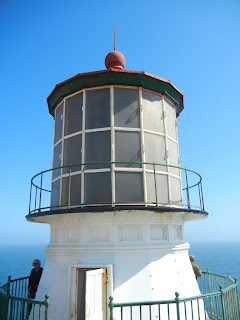 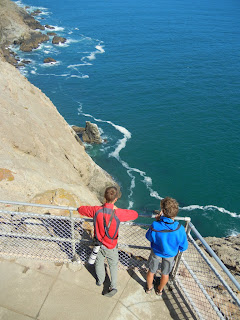 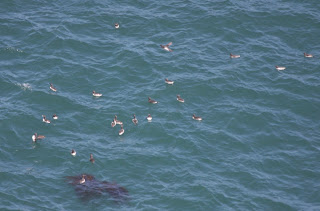 A Raft of Common Murres - by Joel Such 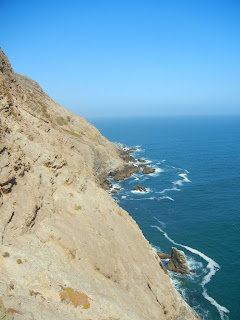 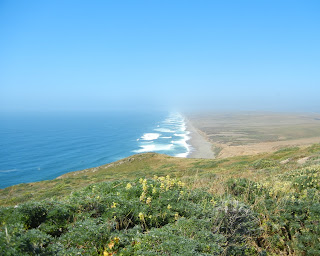 Point Reyes Beach - by Renée Haip
--
Another post is soon to come!
Posted by Marcel Such at 12:56 PM