Departing from Ventura on June 15, we continued up the coast to Santa Barbara.  While burning time before meeting photographer David Litschel and watercolor artist Martha Shilliday (friends of our mom) for lunch and a hike, we birded the Rocky Nook Park next to the Santa Barbara Arboretum.  The oak woodland held a great diversity of bird life, with Hutton’s Vireo, Bushtit, Acorn Woodpecker, Nuttall’s Woodpecker, and Oak Titmouse calling from the trees (the latter two being lifers and California specialities), Pacific-slope Flycatcher, Black Phoebe, Oregon Junco, and Spotted Towhee calling from the underbrush, and Anna’s Hummingbird, American Crow, and Lesser Goldfinches flying overhead. 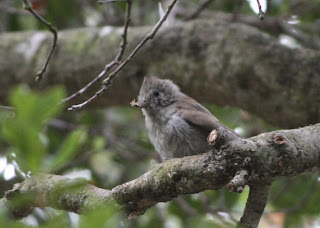 Oak Titmouse - by Marcel Such

After lunch, we hiked in the Ellwood Mesa Open Space.  Perhaps most well known as a premier wintering location of Monarch butterflies in the Eucalyptus groves, it also proved to be one of the birdiest spots of the trip.  Extremely varied in habitat, we birded everything from Chapparal, open grassland, beach, and riparian Sycamore.  Here, we finally found our first positively identified Allen’s Hummingbirds, which was a lifer.  Other birds we found include California Towhee, Yellow Warbler, Caspian Tern, Hooded Oriole, Oak Titmouse, Cooper’s Hawk, and Black-chinned Hummingbird. 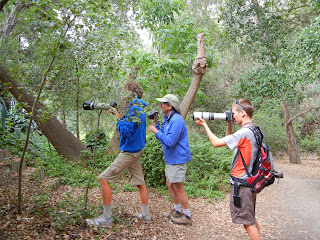 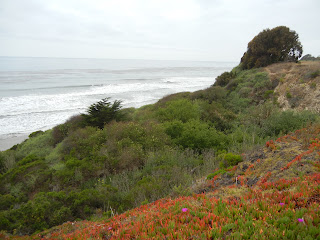 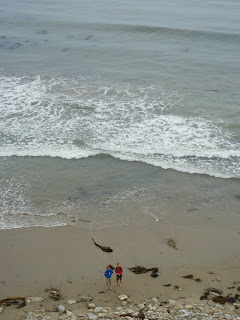 Birding the beach below Ellwood - by Renée Haip 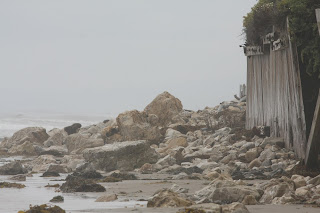 This reminded Joel and I of "Inception" - by Marcel Such 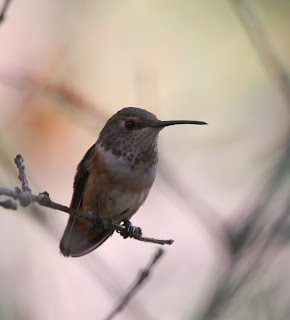 Allen's Hummingbird - by Joel Such 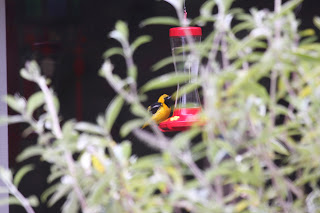 Hooded Oriole - by Joel Such 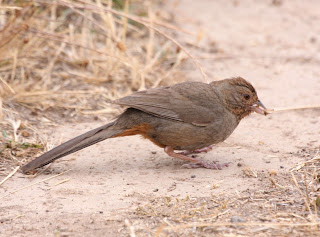 California Towhee - by Joel Such

Nojoqui Falls Park and Alisal Road was our next destination.  Even as we pulled off the highway, the new habitat was apparent, with Western Bluebirds disappearing off their barbed wire perches into the roadside grass in search of grasshoppers.  The short hike up to the picturesque Nojoqui Falls was fairly quiet with evening quickly approaching, but a Blue-gray Gnatcatcher, Pacific-slope Flycatchers, Wrentit, and Canyon Wren were all nice birds.  Back down in the open park, we were pleased to find a couple members of the resident Purple Martin colony, a rare and local breeder in the west. 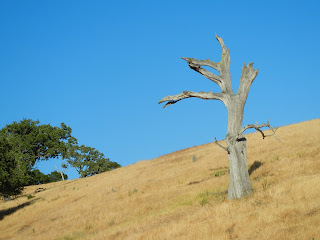 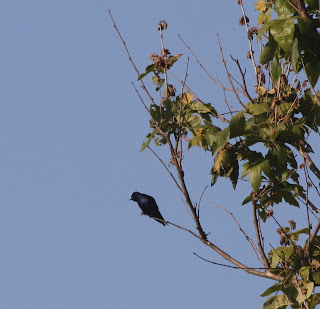 Purple Martin - by Joel Such 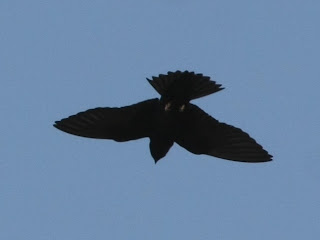 Purple Martin - by Marcel Such 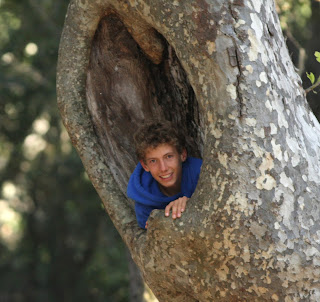 Joel inside a hollow oak - by Marcel Such

As a finale to this very fine day, we were fortunate enough to spot a roadside Yellow-billed Magpie on the drive up to Santa Maria, where we would spend the night.  One of the most anticipated target species of the trip, everyone was overjoyed to see this yellow-mandibled cousin of our own Rocky Mountain magpie. 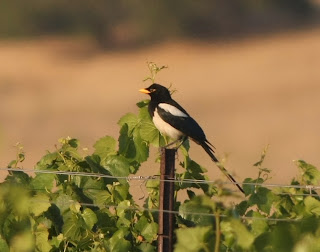 Yellow-billed Magpie - by Marcel Such 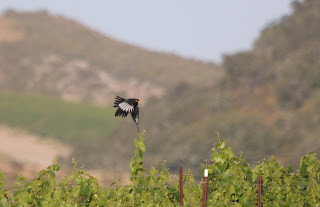 Yellow-billed Magpie - by Joel Such
Posted by Marcel Such at 8:17 PM