On June 16, we birded the border region between Santa Barbara County and San Luis Obispo County (SLOCo).  The Guadalupe Dunes County Park was our first morning destination.  With the combination of beach, dunes, willow thickets, mudflat, and chaparral, the birding was excellent.  We finally managed to pick a California Thrasher out of the coastal Chap, our first lifer of the day.  Other highlights for the location include American Avocets, American White Pelicans, and a federally endangered Western Snowy Plover. 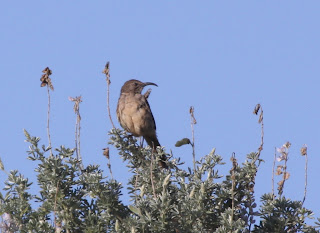 California Thrasher - by Joel Such 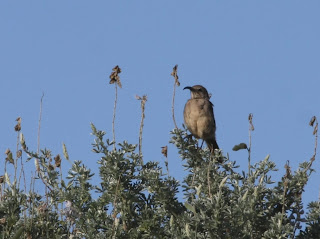 California Thrasher - by Marcel Such 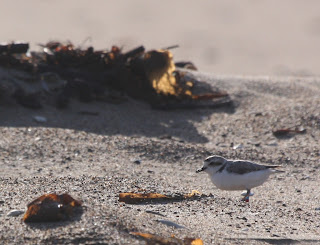 Snowy Plover - by Joel Such 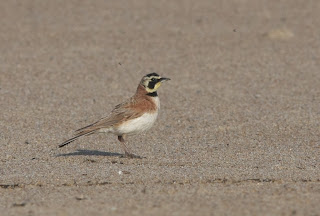 Horned Lark - by Marcel Such

Just up the road was the Guadalupe Waste Water Treatment.  Though it was closed, a public view of a nearby feedlot was more than enough to keep us occupied.  Though primarily dominated by House Sparrows, European Startlings, Brewer’s Blackbirds, and Red-winged Blackbirds, the dozen or so Tricolored Blackbirds couldn’t be missed, with the obvious white patches accompanying the red (the Red-wings have yellow and red).  The Tricolors are yet another California specialty, and one we were very glad to see. 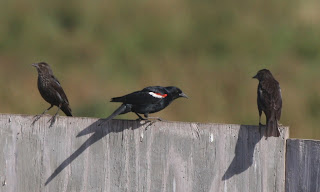 Tricolored Blackbirds - by Joel Such 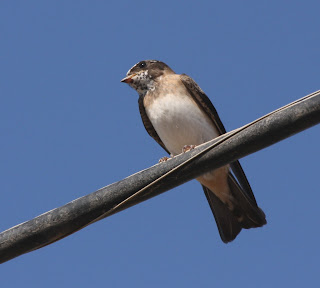 Juvenile Cliff Swallow - by Joel Such 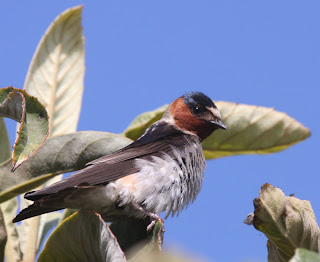 Adult Cliff Swallow - by Joel Such

Oso Flaco Lake (Skinny Bear in English) had some of the best species diversity of the trip, where we saw 45 species in just over two hours.  The trail starts off through a corridor of lush deciduous trees and undergrowth with calling Song Sparrows, Yellow and Wilson’s Warblers, Swainson’s Thrushes, Bewick’s Wren, Chestnut-backed Chickadees, and Bushtits.  After a quarter of a mile, you are on a boardwalk over the weedy lake lined with cattail marsh.  While Marsh Wrens and Common Yellowthroats chattered away in the reeds, Mallards, Gadwall, Ruddy Ducks, Pied-billed Grebes, and Double-crested Cormorants swam under the trail, and Barn and Tree Swallows swooped overhead with a single Least Tern. 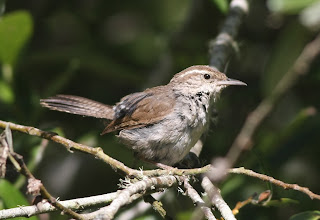 Bewick's Wren - by Marcel Such 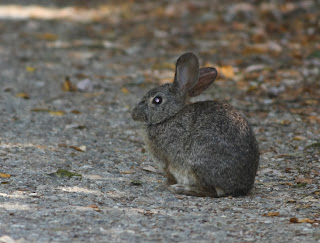 Brush Rabbit - by Marcel Such 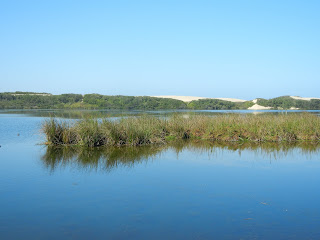 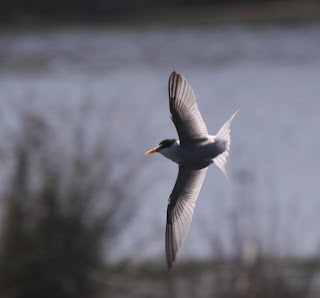 Least Tern - by Joel Such 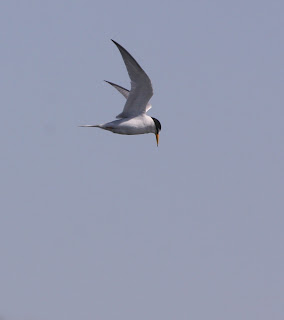 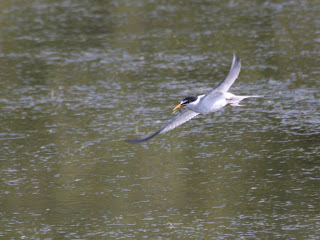 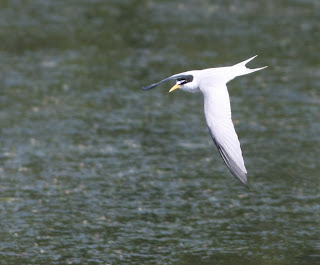 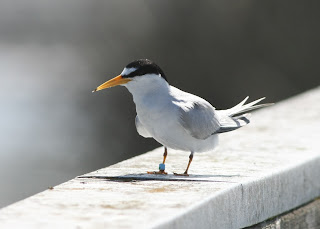 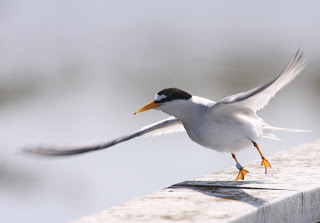 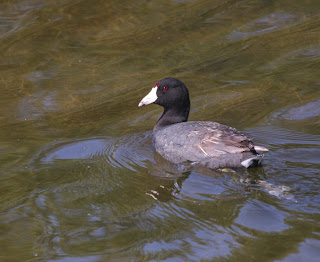 American Coot - by Joel Such 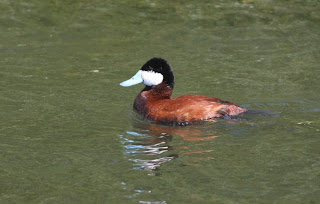 Ruddy Duck - by Marcel Such

Beautiful flowing coastal chaparral greeted us on the far side of the lake, with numerous California Thrashers, Wrentits, and White-crowned Sparrows calling from their midst, along with many unidentified lizards and butterflies.  To complete the many habitats we traversed in this diverse area, the coastal dunes and the beach were the final areas we birded.  Brown Pelicans, Heermann’s, Western, and Ring-billed Gulls patrolled the surf, and up into the dunes Horned Larks, another Snowy Plover, and a few Western Willets stood guard.

Western Fence Lizard - by Marcel Such 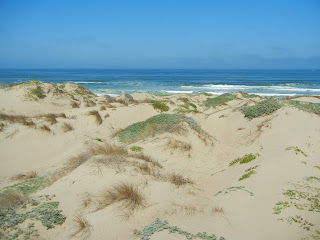 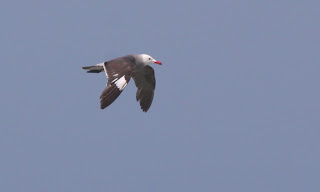 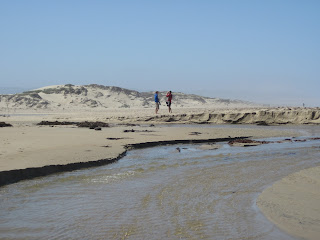 Birding the Beach - by David Such

We continued our drive up the extremely scenic Highway 1 to Monterey.  We made few stops, as we were trying to get up to the Bay Area before dark, but we still saw a few birds.  Just north of Morro Bay, we stopped to view the Northern Elephant Seals that drag their humungous, blubbery bodies up onto the beach, and stay put for weeks while they molt their thick fur.  Another brief stop on the Salmon Creek Trail over the line into Monterey County was enough to get us our first coastal Steller’s Jays, and car birding also produced a magnificent Peregrine Falcon careening over the cliffs near Big Sur. 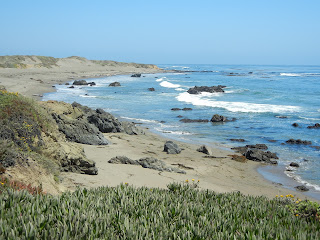 Elephant Seals in the distance - by Renée Haip 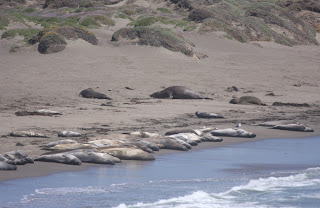 Northern Elephant Seals - by Joel Such 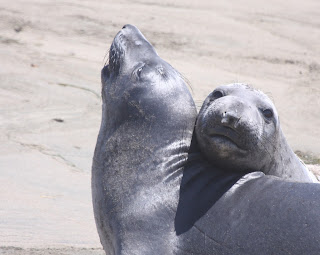 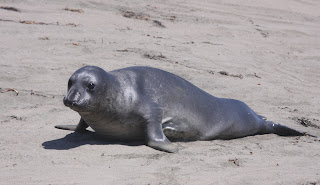 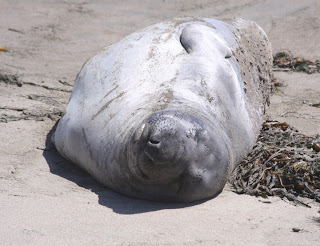 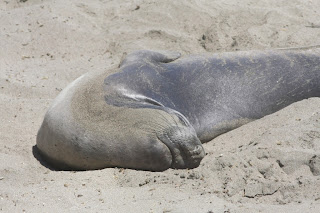 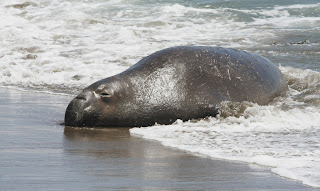 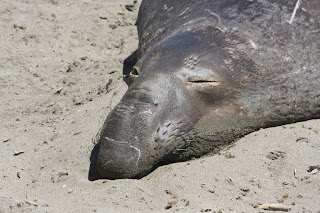 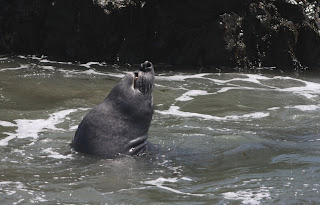