We were back at Aransas this morning walking the Rail and Heron Flats Trails.  Large and small alligators basking in the sun were plentiful.  New life birds were Swamp Sparrow and Least Grebe.  We also had a great show around a roadkill pig where Black Vultures were having a pork feast.  Crested Caracaras, a family favorite scavenger, was also seen flying the skies today.  We heard rails, but the only one that was actually seen was a Sora spotted by Joel. 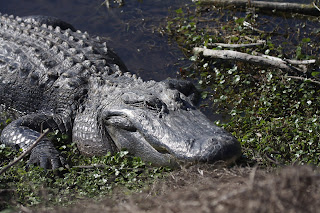 American Alligator - by Marcel Such 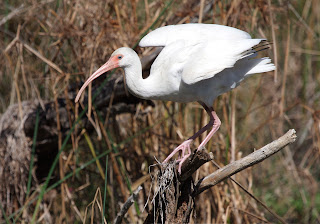 White Ibis - by Joel Such 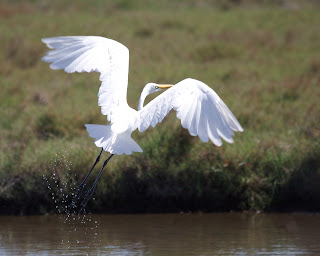 Great Egret - by Marcel Such 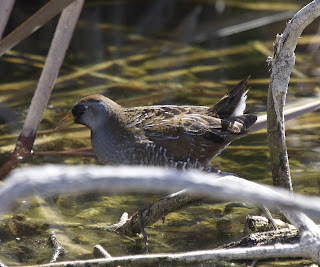 Sora - by Joel Such 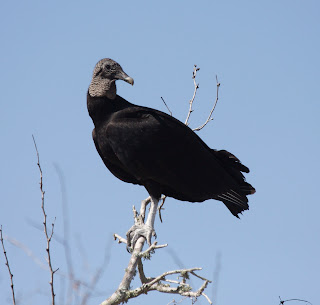 Black Vulture - by Marcel Such

At Goose Island State Park we visited a couple of campsites with feeders and a drip.  Highlights included a Hermit Thrush and our first ever Clay-colored Sparrow.  Down at the fishing dock, we witnessed a pelican feeding frenzy.  Fishermen were cleaning fish and the Brown and American White Pelicans were feasting!  The Brown Pelicans are especially habituated to humans and this easy source of food.  The fishermen even gave us four fillets of Black Drum fish for our own meal and it was TASTY!  That made for feast number three! 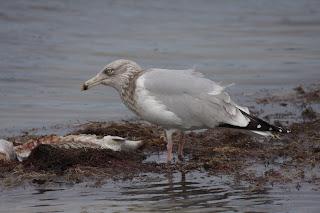 Herring Gull - by Joel Such 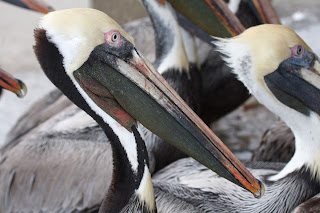 Brown Pelicans - by Joel Such 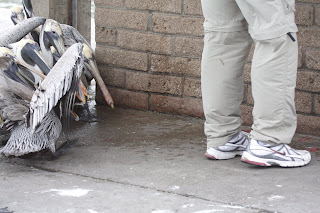 Brown Pelicans Waiting for Hand-outs - by Joel Such 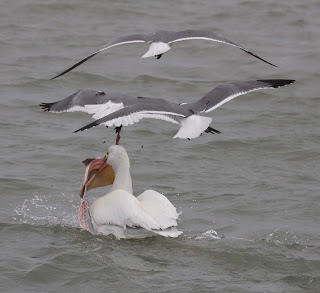 Laughing Gulls Attempting to Steal from

a Lucky American White Pelican - by Marcel Such

So, is dad still with you guys? Or did you send him home to work?

Yes, Dad is still with us. We'll all be back on Sunday, but we'd like to talk him into another couple of days.

I am producing a special for National Geographic and interested in licensing some of your stills of brown pelicans. If you are interested, please email me at lepera34@gmail.com