A Day of Barrier Islands

Today we birded two of the Texas barrier islands, Mustang and Padre.  After the short ferry ride from Aransas Pass to Port Aransas, we visited Paradise Pond, a small, dried-up lake around the corner from the ferry landing.  There were tons of Yellow-rumped Warblers, a few Lincoln's Sparrows, a couple of Northern Mockingbirds, and we even got a couple of looks at a very elusive Winter Wren!  At the Port Aransas Birding Center, the birds were more active.  Yellow-rumped Warblers lined the path leading to the lake, which had quite a bit of water in it, where we were greeted by a Tricolored Heron, Neotropic Cormorants, and Brown Pelicans.  Out on the lake, we found all three species of teal, Ruddy Duck, and American White Pelican. In the air, Roseate Spoonbills, Caspian and Common Terns flew by.  And in the depths of the marsh, rails lurked.  We saw a Sora and two King Rails, which are even more elusive than the Winter Wren!
At Mustang Island State Park we didn't see many birds except for Laughing Gulls, Black Skimmers, and Ring-billed and Herring Gulls, but we still went out to the end of the jetty to see if we could spot Northern Gannets.  I (Marcel) got thoroughly soaked by a wave that washed over the jetty, and we didn't see any gannets.  The Padre Island National Seashore was much more productive.  Among the highlights were Sanderlings, a Piping Plover, and some Willets.  At the visitor center we learned about how the ocean currents dump everybody's trash from all around the Gulf Coast and beyond right on the the Padre Island beaches.  Even a helium balloon released from the mid-west will find its way to their beaches! 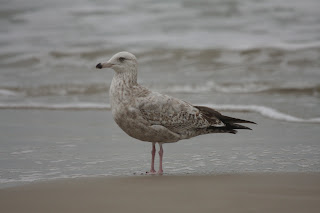 Herring Gull - by Marcel Such 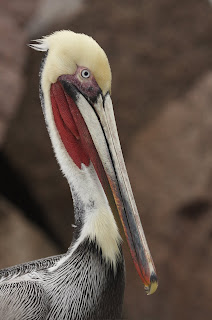 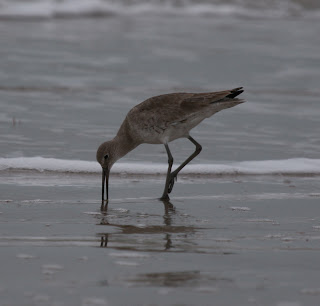 Willet - by Marcel Such 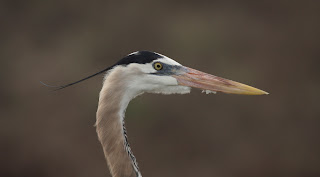 Great Blue Heron - by Joel Such 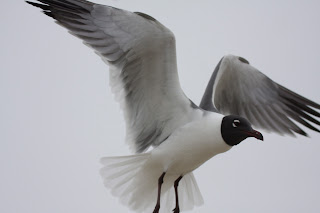 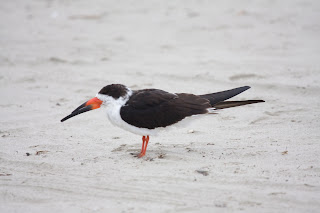 Black Skimmer - by Marcel Such
We crossed over to Corpus Christi and continued southward to Highway 185, dubbed Hawk Alley by the local birders for obvious reasons.  As the light began to fade on our day, we spotted many Harris's Hawks and a number of Crested Caracaras.
Posted by The Such Boys at 8:11 PM

Renee, the brown pelican photo is gorgeous. I would love to make a quilt out of that if you have the photo at high resolution!