Leaving Visalia on June 27, we prepared for our biggest travel day yet, eight hours to Las Vegas, with only a negligible amount of stopping as we re-traversed the Mojave Desert.

On Jawbone Canyon Road, we stopped to try our luck for Le Conte’s Thrasher in an off-road vehicle area strewn with giant pipes funneling water to Los Angeles.  Joel and I hiked cross country for nearly an hour without luck.  Suddenly, Joel spotted one.  We followed it, then there was another, and we followed both until we had some documentary photographs (they were so finicky, we couldn’t hope for much more).  Back on the road, we had another flush from the sparse roadside foliage.  So much for the hour-long hike… 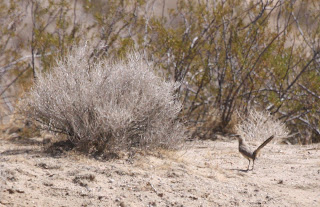 Le Conte's Thrasher - by Joel Such 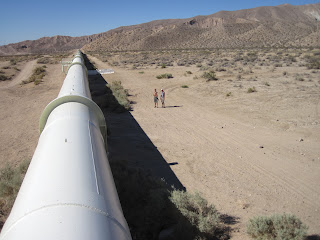 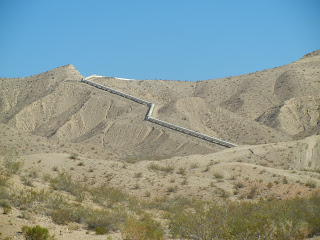 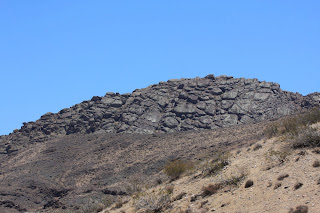 Though the mid-day heat was rapidly approaching, we managed a brief stop at the famous Butterbredt Spring Wildlife Area.  An isolated oasis in the middle of the desert, this series of riparian pockets becomes an irresistible stop-over location for migrants flying across the Mojave.  Many off-route eastern migrants can sometimes be found here, and in other similar locations. Though it was the middle of summer, and the car thermometer was already reading close to 90°F (at 9:00 in the morning), we also found the draw irresistible.  During our short visit, we had our first Ladder-backed Woodpeckers and Costa’s Hummingbirds.  Additionally, a roosting Great Horned Owl was our only owl of the entire trip (besides the heard-only Great Gray in Yosemite), despite hours of night-time birding. 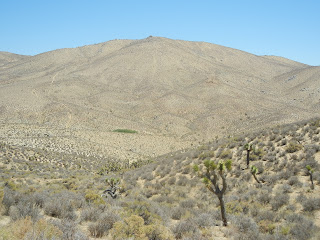 Note the sliver of green on the hillside.
This is Butterbredt Springs.
By Renée Haip 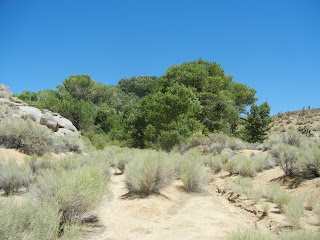 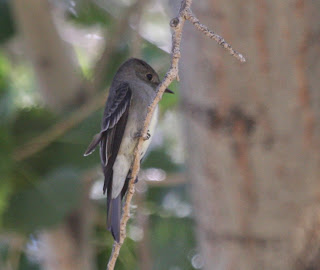 Western Wood-Pewee - by Joel Such


At 3 that afternoon, we found ourselves in Death Valley.  With the car reading an outside temperature of 120°, we didn’t see any birds at all, except for a handful of Eurasian Collared-Doves and Common Ravens on the Furnace Creek Golf Course.  Obviously, birds were not our main reason to be here.    Besides being a very scenic, world-famous National Park, we were acclimating for our return home to a baking and burning Colorado.  We figured that 110° heat would not feel so bad after 120°.  It turns out that Colorado started cooling off, clouding up, and raining almost as soon as we got home.  Even so, 120° was a new personal high temperature record for us by about 9 degrees, and was definitely worth the experience. 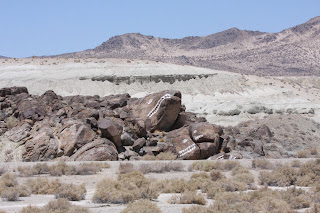 Desert rock creatures somewhere
to the west of Death Valley National Park.
By Joel Such
Posted by Marcel Such at 8:31 AM