This morning was the Boulder County Audubon Teen Naturalists' inaugural event, a wintering raptor survey in Boulder County.  With three participants - myself, Joel, and Skye Lewis - and our able guides Steve Jones and Sarah Bexell, it was a great beginning of what looks to be an excellent group. 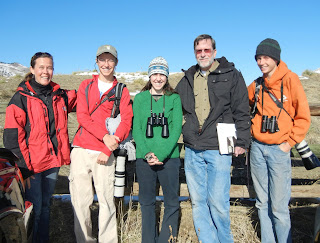 We surveyed Boulder County Nature Associations' South Rabbit Mountain route north of Boulder, and had a good number of hawks, kestrels, and eagles, marking the locations of the birds on a topographical map for a county-wide database of such sightings.  And though raptors were our main focus, we also enjoyed the other wintering bird species that we happened across.  As we gathered back at our meeting point, Joel spotted an adult Bald Eagle flying over, a fit end to a wonderful morning.  Too bad it wasn't countable for the survey! 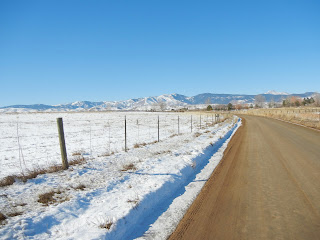 photo by Joel Such 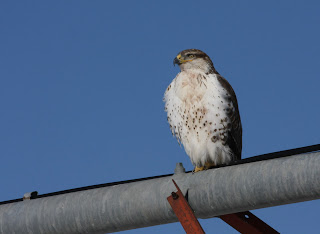 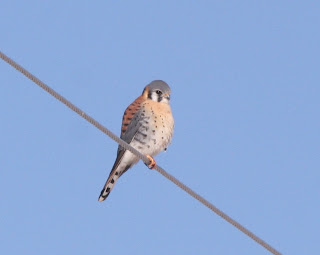 Observed an American Kestrel (probably) 11-1-19 perched on a neighbor's fence in Longmont, CO. He stayed there for at least five minutes. At first I thought that is a very large Robin but as I came closer I could see the bird had a curved beak, different shaped head, was about 12 inches tall with a tail about six inches long. A squirrel, also on the same fence, approached him but retreated.
I am not a regular birder but this was so amazing, I was just checking to see what my toy poodle was barking about.
Gladys Marchant