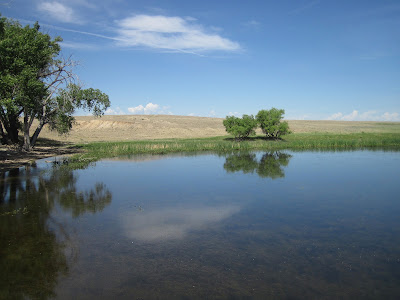 On June 1st, a group of nine packed up and headed out to a Nature Conservancy owned ranch in Lincoln County on the eastern plains of Colorado.  We arrived at the Brett Gray Ranch, a riparian zone surrounded by short grass prairie, fully geared for an overnight Black Rail survey.  The headquarters of the ranch, located in a patch of big burly cottonwoods, hosted numerous singing Swainson’s Thrushes, a Say’s Phoebe nest holding four chicks, a Blue Grosbeak pair, and a fly-by Yellow-billed Cuckoo.  Once it started to get dark, we began the Black Rail survey.  For most of our stops at the different marsh patches, we only heard Wilson’s Snipes and Virginia Rails, and not a single call of the anticipated small dark rail.  By midnight, we were still out of luck in hearing the far traveling song of the Black Rail. In previous years, several Black Rails had been heard indicating probable breeding.  We crawled into our tents with hopes of hearing one at some point during the night.

At 6 am the next morning, I woke up disoriented and fumbled out of the tent to be greeted by Mark Peterson asking if a Connecticut Warbler would wake me up.  Ted Floyd and the others were itching to get moving, so we grabbed our gear and jumped in the car.  A short distance down a two-tracked ranch road, we hopped out the doors and immediately heard the song of a Connecticut Warbler!  Up to this point, I had thought all this Connecticut Warbler talk was just a ploy to get us out of bed.  We spent a long while following this rarity down a cottonwood-lined creek bed and were rewarded with stunning views of this dazzling, singing male. 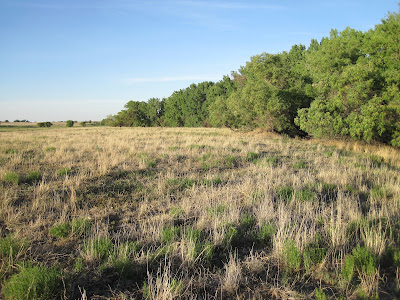 Thanks to Ted Floyd and The Nature Conservancy for making this trip possible and to the other participants - Todd Deininger, Seth Gallagher, David Gillian, Mark Peterson, Joe Roller, Tim Smart, and Marcel Such.
Posted by Joel Such at 12:26 PM

I would love to venture out with your group if you ever do it again! Thanks for sharing the great information!