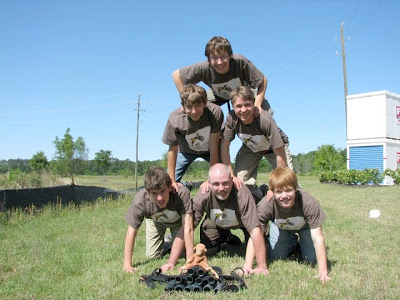 (Bottom tier, from left to right: Spencer Hardy, Chip Clouse, and Andy Johnson. Second tier, left to right: Neil Gilbert and Harold Eyster. Top tier: yours truly. Photo by Chip Clouse)
I recently returned from the Upper Texas Coast with the American Birding Association’s Tropicbirds youth team, where we competed in the annual Great Texas Birding Classic. Our final tally for the Big Day was 206 species, a great number for the Upper Coast, and in fact, nine more than the winning 2010 adult Upper Coast team and six off of the Upper Texas Coast Big Day record for any age group! Chip even had to shave his head, as he promised he would if we hit 170 species! I saw a total of eleven life birds in Texas, which was far more than I was expecting. It wasn’t just the birds and the opportunity to raise funds for a good cause that made this trip incredible, but also the camaraderie of my fellow teammates Andy Johnson and Harold Eyster from Michigan, Neil Gilbert from California, Spencer Hardy from Vermont, and our faithful chaperones and adult mentors Chip Clouse of the American Birding Association and Charles Hesse of Tropical Birding. They were all extraordinary! I have posted below some of my better photos from the event plus a couple of Chip Clouse's photos.

To all of you who donated to the ABA’s youth program on my behalf, I extend a heartfelt thank you. To those of you who would still like to contribute to this worthy cause, you may still make a tax-deductible pledge online at: aba.org/yb/tropicbirds 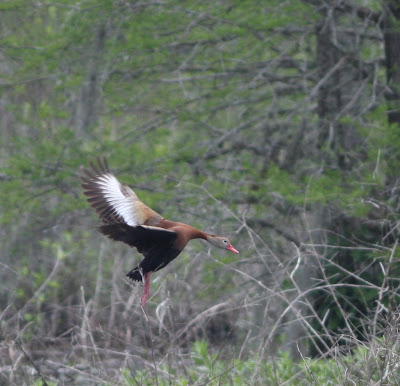 We saw this Black-bellied Whistling-Duck near Sheldon Lake State Park while waiting for our last two teammates to arrive at the airport.

A female Eastern Pondhawk. One of the many great things about our team was that everyone had a broad interest in nature, not just restricted to the avian world. 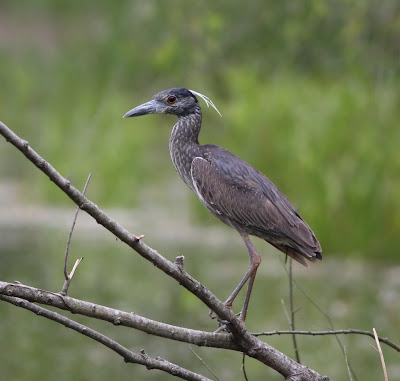 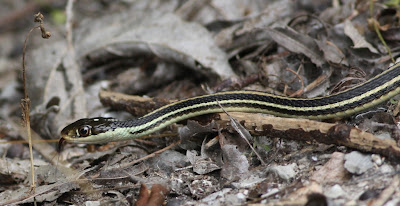 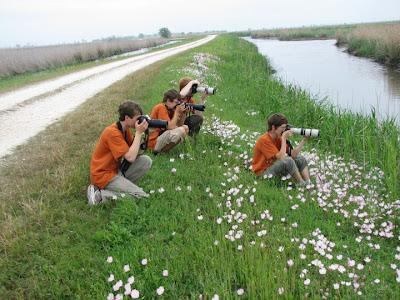 On the scouting day we were allowed to take photos, but on the Big Day, we wouldn't even stop to tie our shoes, let alone take photos! Just run, run, run! 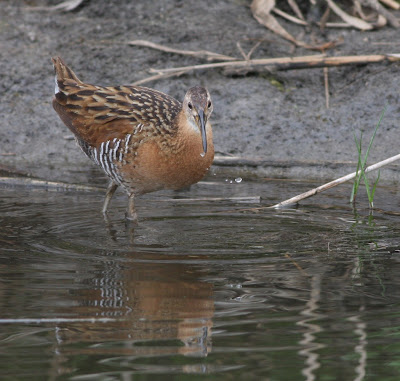 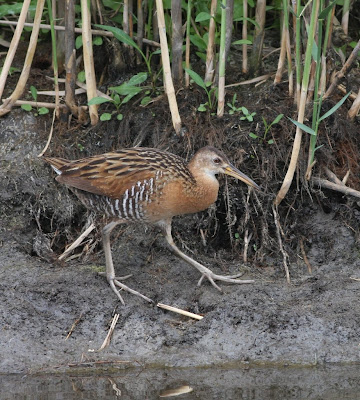 Same King Rail. Most of the rails at Anahuac are "Cling" Rails, Clapper x King Rail hybrids, though this one appears to be a pure King. 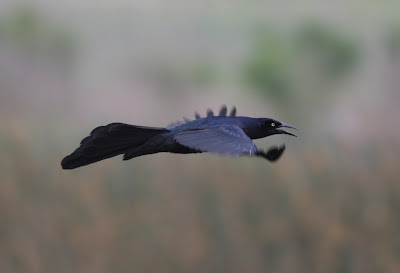 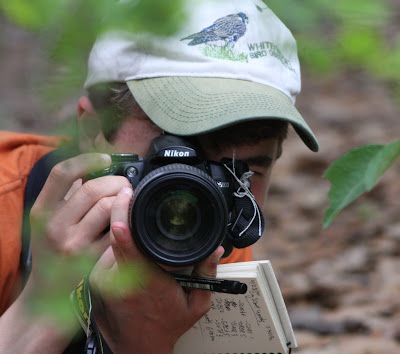 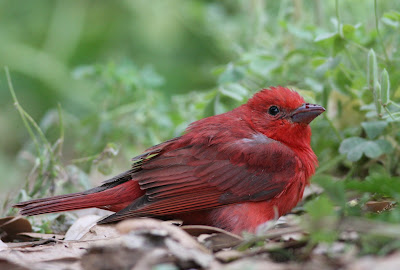 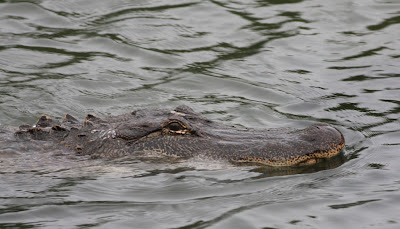 One of the many American Alligators circling the waters around the Smith Oaks rookery islands, hoping for an unlucky egret chick to fall out of its nest. 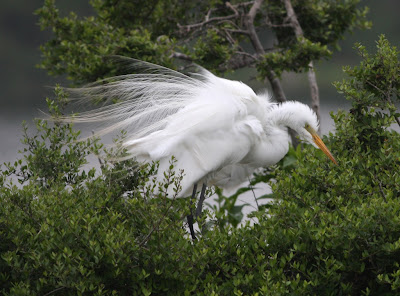 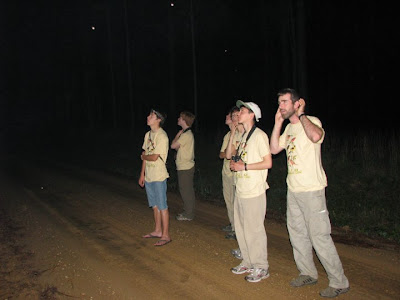 Big days start early and end late! We birded 22 hours straight! Here we are at about 5 AM in the Piney Woods listening for nocturnal flight calls and early singers. Photo by Chip Clouse. 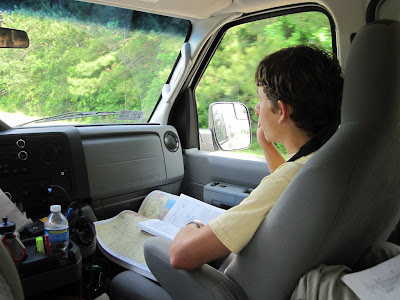 Team member Neil Gilbert navigating to Fish Crows on the Big Day. We found them, though they remained completely silent while we watched them. After finally identifying them by bill length, wing formula, and gut feeling, we were driving away when we heard a single distinct Fish Crow call in the distance.
DEPARTURE DAY - APRIL 25th 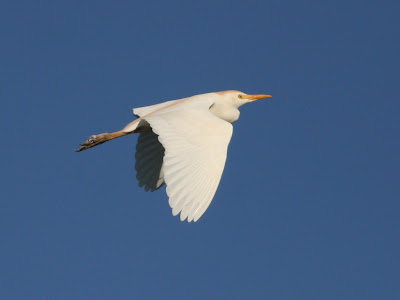 A Cattle Egret in breeding plumage flying over the Rail Prairie of Anahuac the morning after the event. 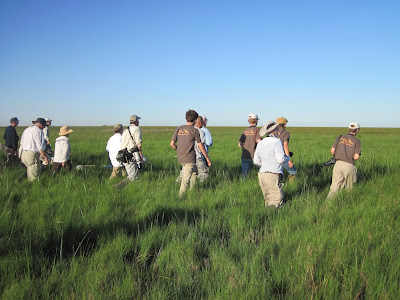 Our final visit to Anahuac for the legendary Rail Walk where we flushed up a Yellow Rail! Wading through knee-high needle-sharp Spartina grass in nought but shorts and sandals is something I'll never do again. When I did the walk two years ago on a Colorado Field Ornithologists trip, I was still miserable after wearing rubber boots and jeans. 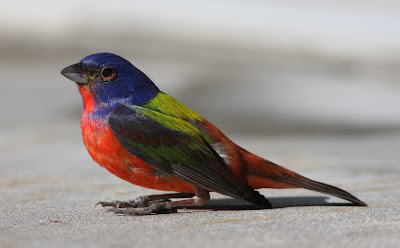 A beautiful male Painted Bunting found stunned underneath a random gas station window. After photographing it, Spencer caught it and moved it to a more suitable habitat, out of reach of hungry grackles.
Posted by The Such Boys at 10:16 AM

Awesome adventure! Congrats on smashing the 200 barrier. Nice pics, too!

Oh my goodness - these photos are stunning. Marcel, it looks like you and your new friends had a great time.
You should print and frame some of these photos and sell them!

What a whirlwind of a super trip. You guys are incredible. Killer photos. I agree, you could sell some of them.Keep up the great work!
Tina