Geese and Cranes in New Mexico

We arose at 5:45 AM to get a bite to eat and be out at Las Vegas National Wildlife Refuge by 6:40 AM.  The geese were absent at their usual roosting lake, so we figured they’d flown earlier than usual or had roosted on some other body of water or had decided to move on north last night.  We scoped the waterfowl on Crane Lake and then suddenly noticed a mass of flying white geese to the northwest.  We headed that direction and found Snow and Ross’s Geese feeding in a freshly harvested field.  Along with them were some Sandhill Cranes, some of which were “dancing!”  After a while, the geese rose up together in flight to descend over to yet another feeding area.  What a sight!  We also saw some Ferruginous Hawks at this preserve and our first Black-billed Magpies since leaving home! 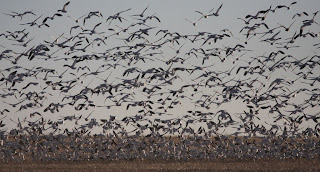 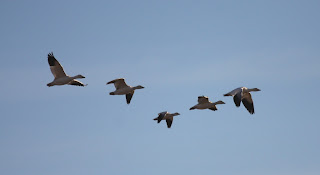 Snow and Ross's Geese - by Joel Such 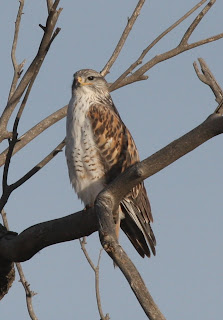 Ferruginous Hawk - by Marcel Such 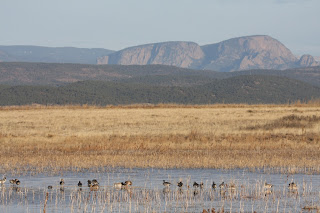 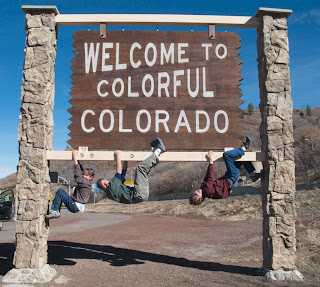 Check the label on the Ferruginous Hawk though...

It is now corrected; I'm not sure how I managed to goof up on that. Thanks for catching my mislabel.

Marcel,
I also just found your site, its great! How did you start the blog, was it easy? It looks like fun.
Ali Iyoob

Thanks Ali,
Yes, the blog is fun and easy. We'd be happy to answer any questions you have about starting one.
Marcel and Joel

Is the blog free?
Ali Iyoob

Sorry for all the questions, but this is my last one. Can you put word documents on the blog w/o retyping? Also, is it free no matter how many posts, space, length, etc...
Ali
BTW: What camera do you have? I just got a 500mm today and am VERY excited.

Yes, you can copy and paste word files. We don't think there is a limit for Blogger, but we're not positive about that. Congrats on the new camera. Our mom has a Canon 40D with a 100-400 mm lens that she lets us use.

We tried sending a message to your e-mail, but haven't heard back. Check your junk mail.

No, I didn't get anything. I tried emailing you but I don't think it went through either. What is your Colorado life list? I live in North Carolina and my state list is 150.
Ali IYoob

We sent you an e-mail from a different server. Let's see if that works. My Colorado life list is ~225.