My mom, Marcel and I (Joel) usually bird together, but yesterday (Jan. 19, 2009) it was just Mom and me.  Our destination was 88th and  the South Platte River where we hoped to see Barrow's Goldeneye.  On the way there we saw three Red-tailed Hawks, two Bald Eagles, and one Northern Harrier on Weld County Rd 32.5 west of the S. Platte River.  We stopped to photograph the soaring raptors.  I got nice photographs of an interesting juvenile Red-tailed Hawk with a rodent and some pulled up grass in its talons!!  UPDATE (21 Jan 2009): I initially thought this was a Krider's and then after doing some web research, I was thinking Harlan's.  Then Bill Schmoker looked at it and it looks like there is more research to do on this bird.  I will post another update when I know more.  FINAL UPDATE (22 Jan 2009)!!!!  This bird is agreed by Brian Wheeler, Tony Leukering, and Jerry Ligouri to be a Krider's Red-tailed Hawk, which is a great bird for our state!!! 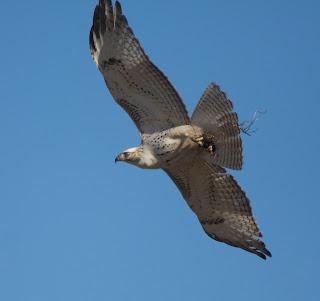 Krider's Red-tailed Hawk - by Joel Such 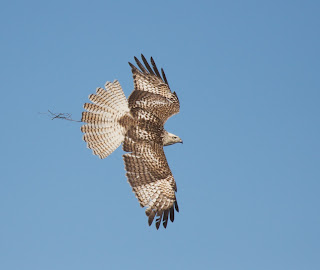 Krider's Red-tailed Hawk - by Joel Such
When we were almost to our South Platte destination, I saw a big white bird in a small pond.  We turned around, found a safe spot to park, and checked to see if it was a swan.  It was a Mute Swan, but I don't know if it is wild or not. 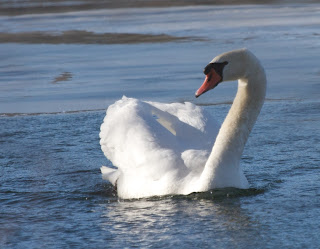 Mute Swan - by Joel Such
My Aunt Diane met up with us at the South Platte and we headed upstream towards the blue and white water tank.  That is where the Barrow's Goldeneyes are often seen.  There were tons of Northern Shovelers, dozens of Northern Pintails and Gadwalls, a few Green-winged Teals, and a Northern Harrier spooking up all the ducks!  A big white bird flew up from the river.  At first I thought it was a Great Egret, but then quickly realized it was a gull ... a very large gull! My mom and I got some photos, and I believe that it is a Glaucous Gull!  Update: Bill Schmoker confirms the Glaucous Gull ID.  When we got to the water tank, I spotted two male and two female Barrow's Goldeneyes!  Near the Barrow's Goldeneyes there were lots of American Coots and one female Bufflehead! 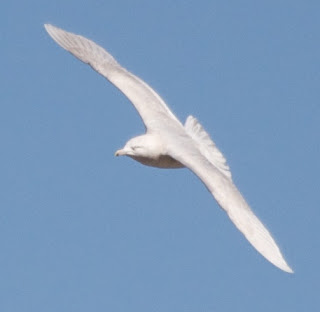 Glaucous Gull - by Joel Such 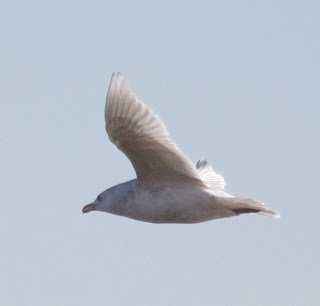 Barrow's Goldeneyes - by Joel Such 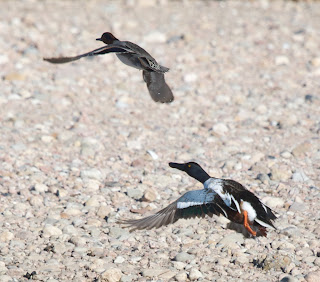 Northern Shoveler and Green-winged Teal - by Joel Such
Posted by The Such Boys at 5:19 PM

Joel, so incredibly cool. So why is the hawk called a 'red tail' when its tail is grey/white/brown? And how did you know the swan was mute? Maybe it just didn't feel like talking ...

Congrats on the beautiful photos.